According to the latest statistics from the Immigration, Refugees and Citizenship Canada (IRCC), the total number of approved Canadian permanent residents from January to April 2020 was 73,920. The approved permanent resident applicants come from nearly 160 countries, of which India, China, and the Philippines rank among the top three, with 17,615, 7,200, and 5,430 approved as permanent residents of Canada, accounting for the total approvals for the first 4 months. 23.8%, 9.7%, 7.3% of the population. 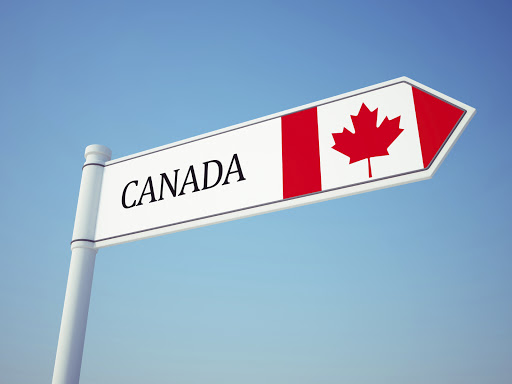 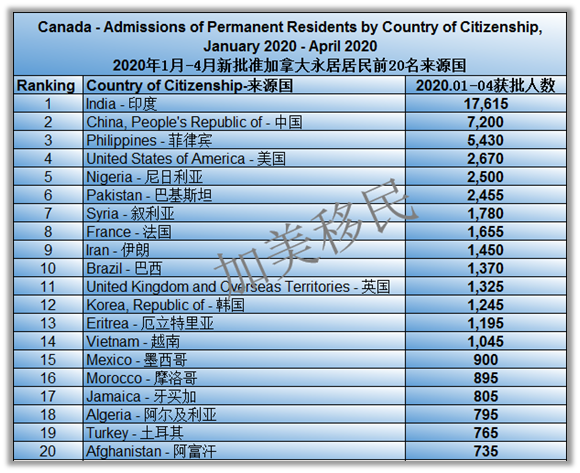 As can be seen from the above data, in addition to India, China, and the Philippines ranking among the top three, the United States has become the fourth largest source of new Canadian immigrants, and France and the United Kingdom are also in the top 20.

Among the 73,920 approved new immigrants, 44,415 are from the economic class (accounting for 60.1% of the total number of new immigrants); 19,880 are through family sponsorship; 8,730 are in the refugee class , The remaining 865 people belong to other immigration categories.

The following figure shows the number of new immigrants increased by immigration category in each province: 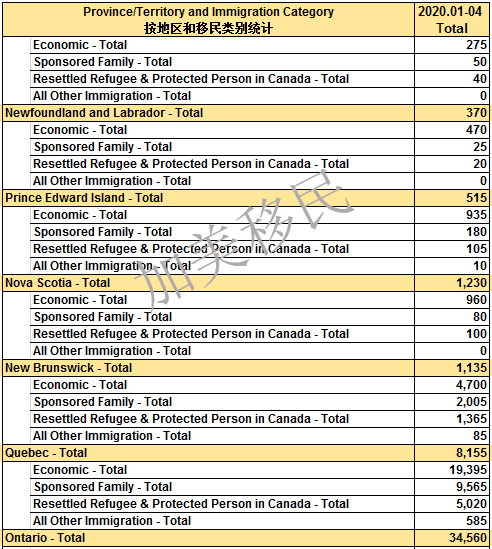 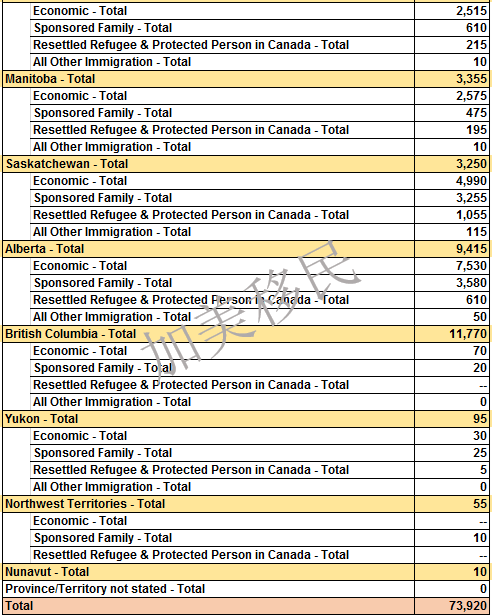 Among the approved new immigrants, Ontario is still the main destination for new immigrants, with 34,560 people; BC Province has 11,770 people, ranking second, third, and fourth in the provinces of Alberta and Quebec.

The above information reflects that Ontario is still the most competitive province for new immigrants. If you want to immigrate to Canada, you must clearly understand your conditions and understand which province's immigration program is best for you.

We have more than 15 years of Canadian immigration experience, and can tailor-made immigration programs for everyone. If you have more questions, please consult us, we will do our best to help you with all kinds of applications.